The Donation Button Some People Asked For

It's been some time, nearly a year. Which is more than long enough to make the memories of my last tour feel like they belong to someone else. And that seems like a damn good sign it's time to do it again.
I've been reading over some of my old entries from my previous two trips, especially the first. ...It's more than a little embarrassing now seeing just how whiny and angsty I was. When I set out for Seattle, I had no clue what I was doing (...not that I particularly do now), had never done much of anything or had any real responsibility for myself, and was pathetically ignorant of how commonplace it is doing such a tour. ...But that said, honestly, (nearly) 27 year old me is more than a little impressed with my 25 year old self. Because where 27 year old Eli has been trying to prepare, spent the last two thirds of a year working at a bike shop to learn stuff, owns a quality bike and appropriate gear, has money saved up, and has a good idea of what he's getting into, and still is feeling under-prepared...well, 25 year old Eli only knew really how to change a tire in theory rather than practice, had a cheap bike and cheap gear, barely had sufficient funds for his trip, and had next to no idea what he was getting into, and he just did it anyways, even with most his friends and family telling him he was crazy. I like that guy. He had gumption, even if very little else.

I got back in Lincoln the end of May last year. I moved in with my sister, husband, and two kids, exchanging babysitting for rent. It was a good deal. I'm smiling now thinking about Sofia rushing up to see me after only interacting with me through video calls for the last year. And I finally got to meet little Clarity in person, who had been born while I was in Seattle. She wasn't sure about me at first. She calls me "dadda" now (her dad is "daddy"). I stayed with my sister all the way to the end of November. I already know yet again that leaving the kiddos is going to be the hardest thing about leaving. I know because it was hard when I just moved across town in December.

I then rented from my coworker December through most of February. I knew it was only going to be those three months because life had led them to a move to Minneapolis at the end of that time. But it was more than worth it. I had an apartment of my own for the first time in their basement with more space than I knew what to do with, and an awesome upstairs neighbor. ...Even with our shitty landlord, the leaky pipes, cracking foundation, and that time sewage backed up...it was still a great time. I'll be going to see her on my tour, as my first big stop.

I'm sort of couch surfing even before leaving town. I'm temporarily staying with my brother, then going on to stay with Erin (who is back in Lincoln now, after having spent time staying with her both on Bangor and Pendleton, hah) until I leave, after having just crashed for a week on my friend Shane's couch (who is the one who talked me through my first and only ever quadruple flat a few days into my first tour and got me not to give up). I am also unemployed now...mostly. I work when I get called in, if they need somebody. I've got this time up until I leave in mid-April (the plan at least, weather permitting), to do a little preparation and spend time with friends and family before I go. I worked at The Bike Rack from the end of June through most of February. I wanted to learn more about bikes. ...I still don't know much about bikes, but it was good none the less. Thanks to working at the shop, I have bought all new bike and gear for this go around. It's funny to me, considering how cheap my bike and gear was for my first couple tours, how this time I keep buying more stuff (it's good I don't really buy anything that's not bike related) telling myself I need it. I know for a damn fact I can get by with cheap shit. But when you work at a bike shop, it's like being a kid in a candy store. And after getting immersed in the bike community, it's hard not to want to look like a legitimate bike tourist, rather than some crazy guy on an entry level bike hauling a jury-rigged trailer. It should be a much more comfortable ride this time around. I'm still on a mountain bike though, touring mountain bike or not, that at least is not changing. I'm sure I'll still get flak from some tourists. I look forward to it.

Aside for three days spent on the Cowboy Trail with a cool gang of people this September, I haven't done a 60 mile day with gear (without for that matter either...) since my last tour. I did that tour with my 920 days after I got it, and it was the only touring this bike has done so far...and technically speaking it wasn't this bike, because a little issue with the frame got it warrantied and sent back. Technically, this bike hasn't done as much as a day trip yet. So I'm looking to fix that soon. My equipment is mostly untested, especially my new hammock. Too many people told me to try out the hammock, I couldn't not give it a shot. Now I really need to learn how to use the thing. Along with caucusing, that is on my agenda for the day.

...And since I haven't actually done anything cool lately, here's pictures from the Cowboy Trail many months ago. 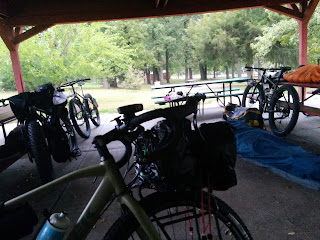 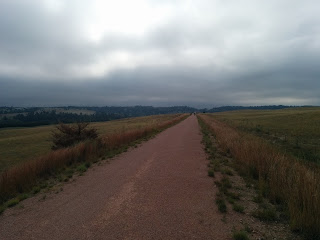 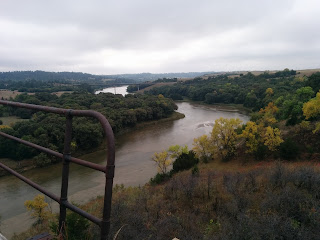 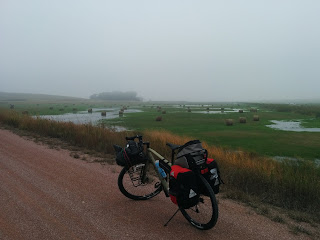 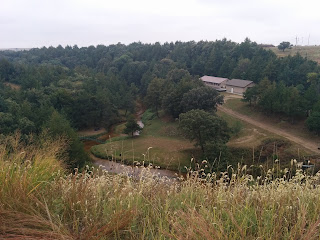 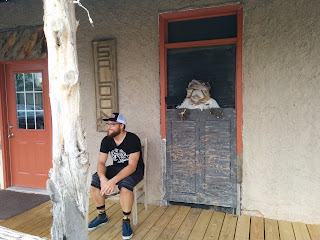 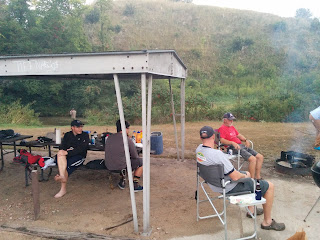 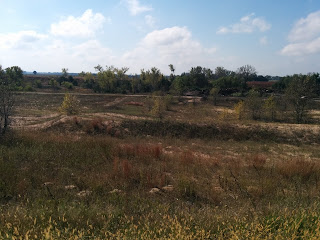 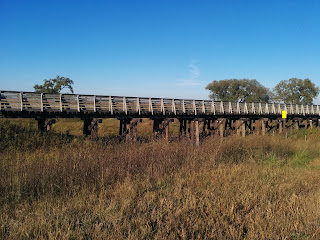 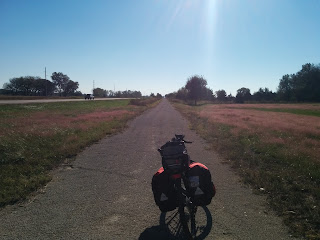 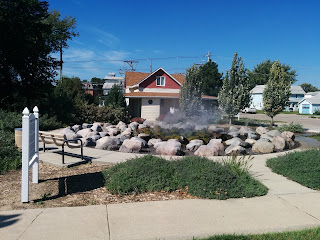 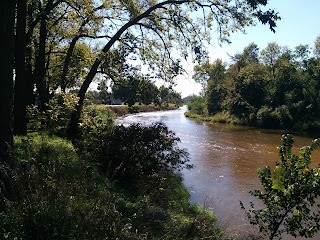 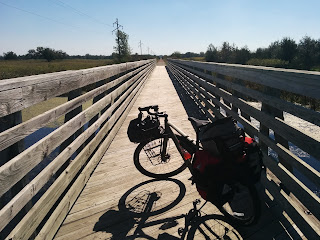 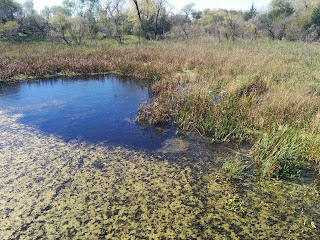 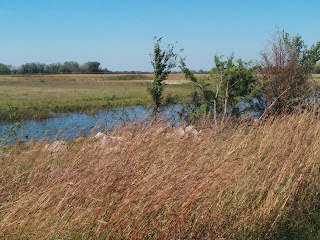 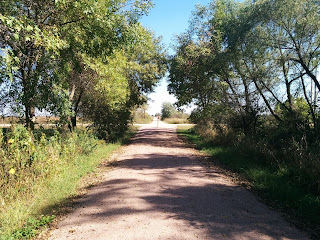 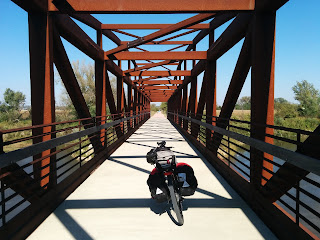